Once again The Great Smoke has commissioned some of the top manufacturers in the industry to make exclusive event cigar releases that will ONLY be available to TGS 2022 ticket holders! Only 300-500 boxes/bundles being made of each cigar. Don’t have your ticket yet? Click here to get yours today and be a part of cigar history!!!

TGS Ticket Must Be Purchased PRIOR to Virtual Event Release Date to be Able to Participate. 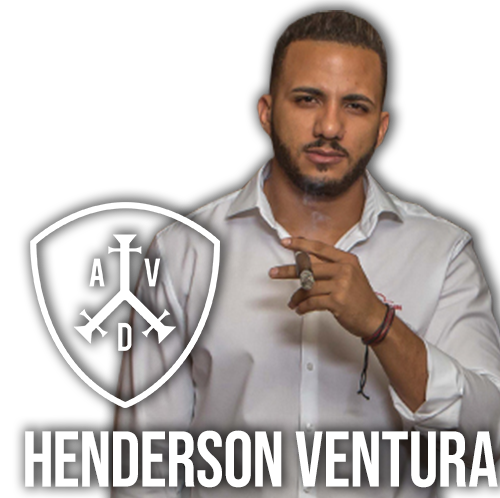 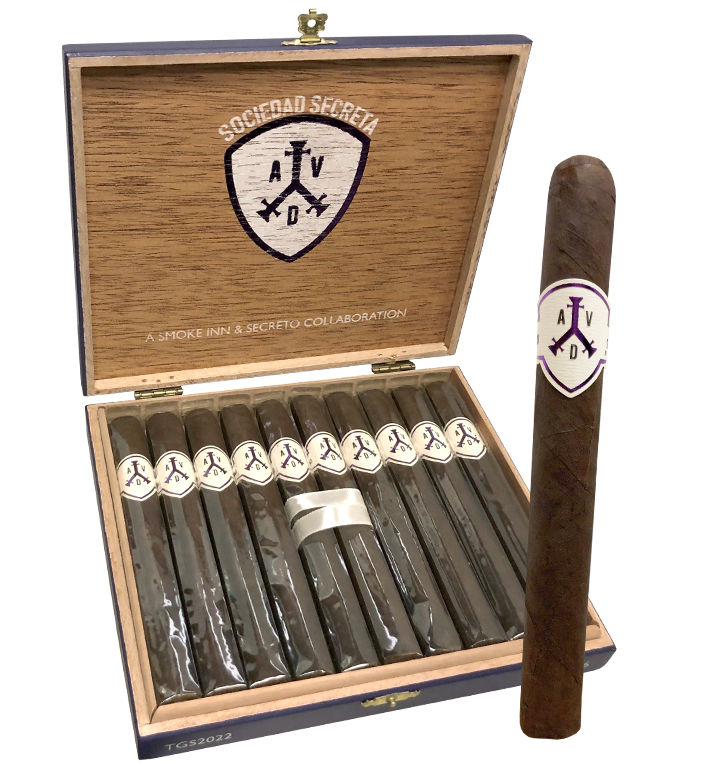 The cigar is dubbed Sociedad Sectreta, which translates to mean “Secret Society.” This special project differentiates itself from former collaborations, as it is somewhat of a three-part collaboration, combining the talents and brainstorming of Smoke Inn, Secreto Cigar Bar, and ADV Cigars. In fact, this may very well be the first retailer-retailer collaboration on record, being concocted by Smoke Inn’s Abe Dababneh and Secreto Cigar Bar’s Ronnie Haisha.

“Other than being very close friends, I have deep admiration for Ronnie’s personal touch and how he treats his patrons,” commented Abe Dababneh, owner of Smoke Inn Cigars. “It may be a cultural thing, but we both run our companies under the philosophy that the customer always comes first. I was really excited to work on a joint project with him. Our schedule and many projects prevented the full execution of our original plans, so when Ronnie suggested we make this a TGS release, I couldn’t have thought of a better idea!”

Sociedad Sectreta’s third partner is boutique brand ADV Cigars, spearheaded by Henderson Ventura. Being an integral partner and master blender at the Ventura family’s burgeoning Tabacalera William Ventura factory in the Dominican Republic, Henderson has unlocked the tobacco vaults for Sociedad Sectreta, showcasing vintage leaf throughout the cigar. This includes a dark San Andrés wrapper that has been aged four years, Broadleaf binder with five years’ age, and fillers of Nicaragua and the Dominican Republic, ranging from three to four years’ age.

Ronnie Haisha, of Secreto Cigar Bar, noted, “This is a very special cigar. It’s a cigar all medium-to-medium-plus-body smokers will thoroughly enjoy. It’s a tug of war between classic-style blending with modern materials. So why do you trust me? The nose… knows”

As with former TGS exclusives, the cigars have been rolled in extremely limited quantities, with 450 boxes of 10 cigars in total. Sociedad Sectreta will first be made available on Feb. 9th during the LIVE virtual event with Henderson Ventura & Ronnie Haisha between 7pm & 8pm. 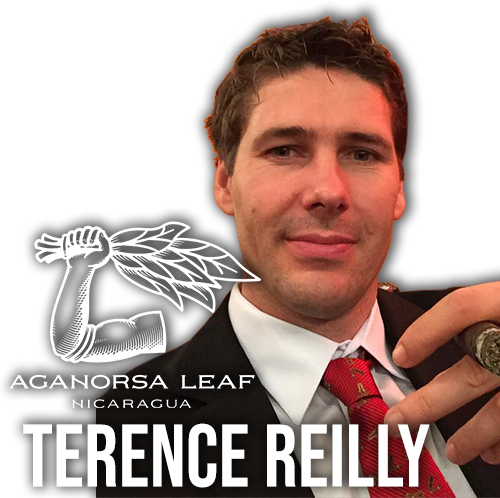 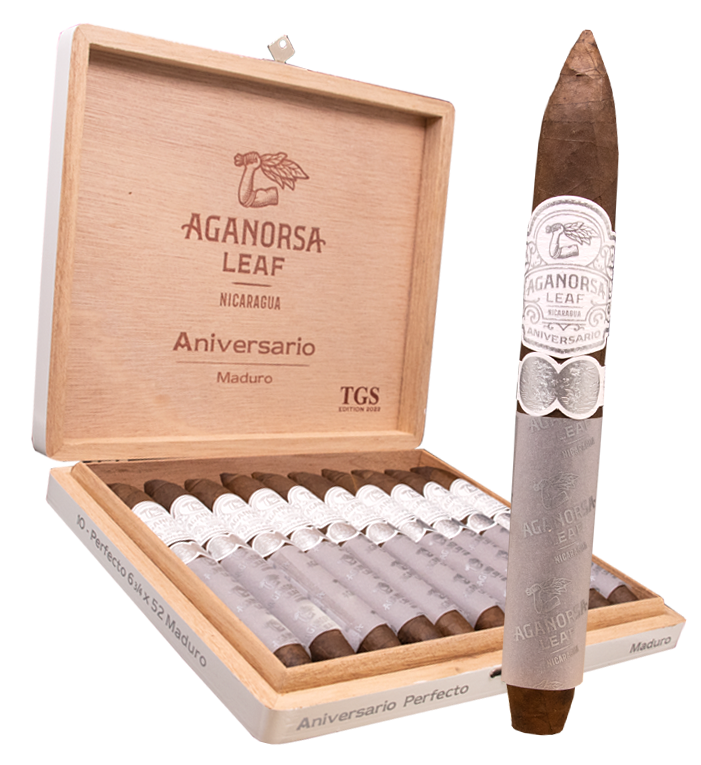 The famous and highly sought after limited Aganorsa Aniversario has been made for the FIRST time in a maduro perfecto 6 3/4 x 52 vitola exclusively for The Great Smoke! Made with 100% Aganorsa Leaf nicaraguan corojo and criollo tobacco with their proprietary shade grown corojo maduro from jalapa for the wrapper! Only 500 boxes made and will be offered to TGS ticket holders on December 8th. Sales will go live during the Virtual Broadcast with Terence Reilly between 7pm and 8pm EST. 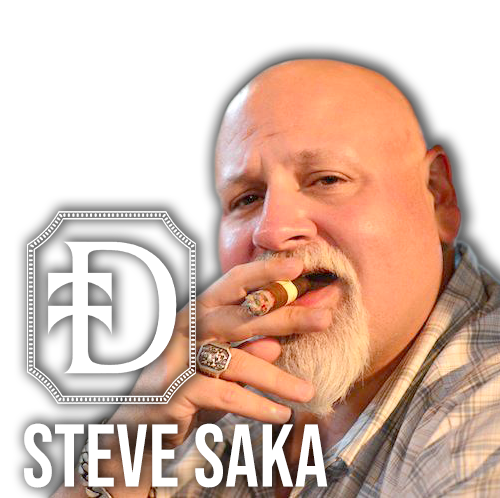 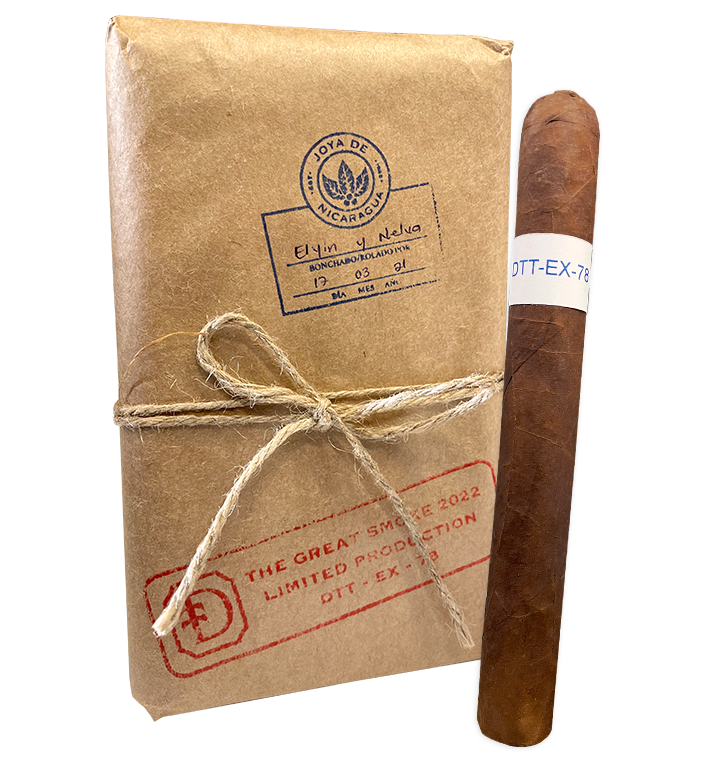 DTT-EX-78 (6 x 50) is an experimental blend that is a bench sample utilizing a never grown or smoked before hybridized seed capa for an upcoming DTT release slated for late 2023. Like with Sin Compromiso and its one-of-a-kind “Cultivo Tonto” wrapper, Steve Saka continues to push the envelope by not only making the best cigars, but many that utilize tobaccos that are exclusively developed for and solely used by Dunbarton Tobacco & Trust.

Saka states that he wishes he could share more details, but he promised the agronomist to keep the origins and the techniques employed in the development of this new capa strain a secret until the liga’s formal release. The DTT-EX-78 utilizes this wrapper from their Y2020 pilot crop and it will be the first time anyone outside of the farm or factory has had the opportunity to sample it. Just last month they began the seed trays of this new tobacco for it’s first full, harvestable crop.

Ruddy in appearance with a heavy, grainy texture, this cigar is not a beauty queen. However, it has a decadent flavor and richness unlike anything I have ever tasted. It is earthy and twangy with just the right pop of spice, while simultaneously being oh so creamy. The retrohale is killer intricate and the fatty, lushness it leaves upon the palate is divine. Although bursting with flavor and aroma, it remains medium in body and extremely smooth, yet immensely satisfying.

Share a taste of the future in this extremely limited and currently irreplicable creation that is Steve Saka’s TGS 2022 release. 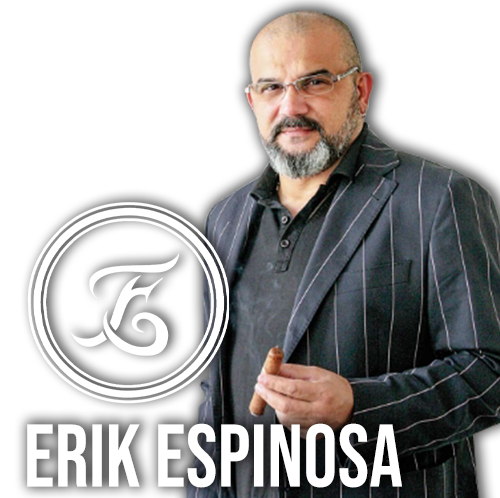 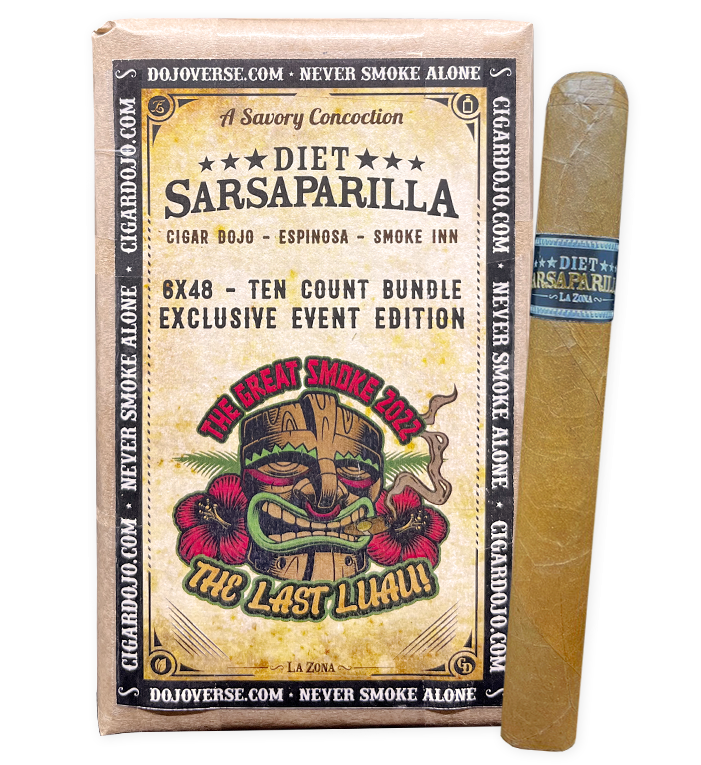 Fans of Espinosa and Cigar Dojo are well familiarized with the duo’s vintage-themed Sensei’s Sensational Sarsaparilla releases, using dark Mexican wrappers and all-Nicaraguan fillers to offer a unique profile that is sometimes likened to sarsaparilla soda in profile. Now, for the first time, the legendary “Sassy” receives its counterpart smoking experience with the Diet Sarsaparilla, available exclusively to TGS 2022 ticket holders.

As the Sarsaparilla is a special project for the Espinosa and Dojo teams, the task of blending a light-wrapped variant was not taken lightly. This begins with a bronze-hued Ecuadorian Connecticut wrapper, which is secured over the cigar’s pièce de résistance—a double binder that includes both Nicaraguan and Mexican tobaccos. This allows for continuity from the Mexican-wrapped original to the smooth (yet surprisingly full) experience of Diet Sarsaparilla. Finally, the cigar includes all-Nicaraguan fillers from the Jalapa and Condega regions. Only 500 bundles of 10 cigars will be available, which will go up for sale on Jan. 12th during the live TGS virtual broadcast event. 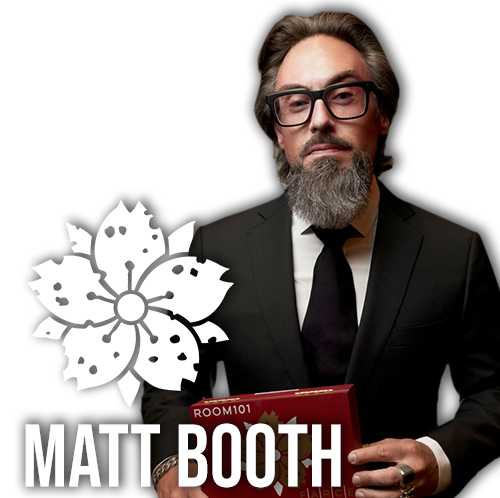 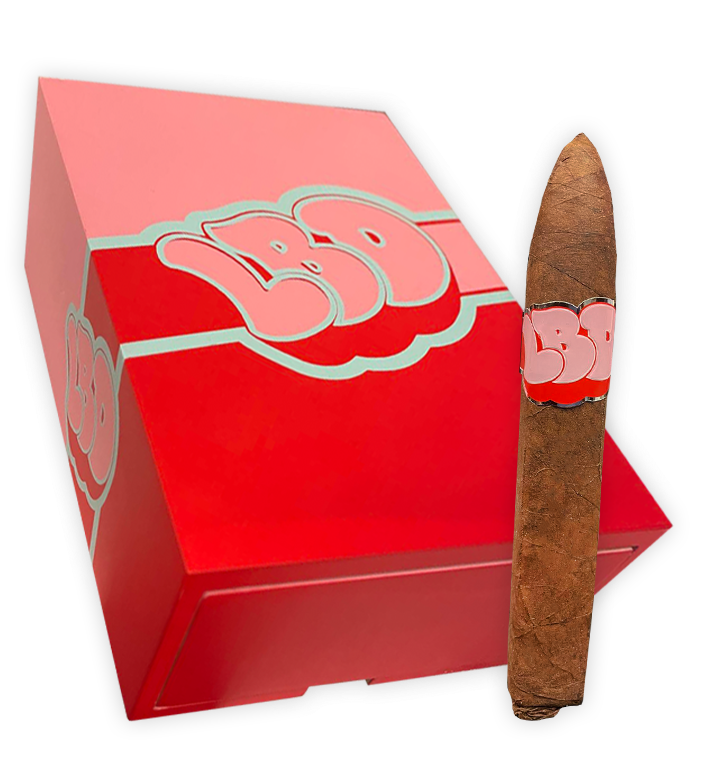 Smoke Inn’s first Microblend collaboration with Matt Booth and his Room101 brand arrived in 2013, being only the sixth cigar in a collection that has now grown to well over 20 unique projects. The cigar was dubbed Big Delicious and was complete with a ’70s-style pimped-out comic series that followed Swanky White (Matt Booth) and Big Delicious (Smoke Inn’s Abe Dababneh) on their journey to blend the Big Delicious cigar…

It’s been nine years since this epic adventure took place, but the duo are now at it again, crafting a sequel that is “full of piping hot sexuality.” Introducing the TGS LE LBD (aka “Little Big Delicious), an exclusive limited run for The Great Smoke 2022 mega event! The Room101 Little Big Delicious concept was first envisioned more than six years ago and has finally emerged, boasting a similar level of swagger to its big brother. The recipe begins with a dark Mexican San Andrés wrapper, joined by interior leaves from Ecuador, Pennsylvania, and Nicaragua. This concoction is rolled in a 5¼” x 50 torpedo format and finished with the Big Delicious’ signature shaggy foot. Expect a medium-full body and savory-sweet flavors of earth, cocoa, steak crust, and clove spice.

Like the original, this is an extremely limited project, get ’em while the gettin’s good!